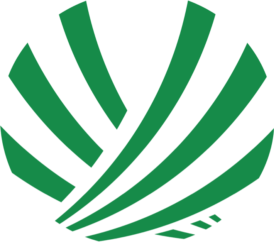 wind power, hydroelectricity and geothermal energy are also at the heart of Africa’s energy challenges.

According to the United Nations, the African continent will have a population of 2.5 billion in 2050, or almost 25% of the world’s population. Sometimes perceived as a threat, this population growth is above all an economic opportunity. And to ensure its development, Africa must gain energy independence. This is a bold gamble, but one that is perfectly in line with the objectives of COP 24, and the African continent has enormous potential in « renewable energy ».

The energy transition: a windfall for the African continent

Today, 600 million Africans, or 60% of the population, have no access to electricity. And this situation is especially true for sub-Saharan Africa. According to the International Renewable Energy Agency (IRENA), green energy production in Africa could increase from 28 GW to 800 GW in 2050. This is because renewable energy sources abound on the African continent. The development of electricity production from photovoltaic panels obviously represents a tremendous opportunity. But wind power, hydroelectricity and geothermal energy are also at the heart of Africa’s energy challenges.

The challenges of electrifying the African continent

The African economy is now growing faster than the world economy. This trend will continue as a result of the demographic boom. And more than ever, Africa will have to match its economic ambitions with the energy means to achieve them. What is at stake concerns African society as a whole and the entire planet beyond. The electrification of a continent that will tomorrow account for 25% of the world’s population must be at the heart of the concerns of all players in the energy transition. The magnitude of the task at hand is an appeal to all know-how in the field of renewable energies.

The continent’s energy demand will grow even faster than its population. Africa’s power generation capacity is still to be built. And this prospect is an opportunity for the planet. It offers the opportunity to immediately reconcile sustainable development and economic growth. Numerous off-grid solutions and renewable energy power plants exist. The call is now out to investors and designers around the world to implement them.